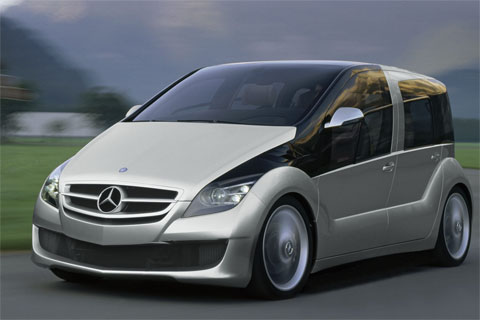 Hydrogen cars are powered by hydrogen fuel cells. The cell is topped up with liquid hydrogen, which mixes with oxygen from the air to produce electricity and steam.

There are a number of obstacles to the widespread adoption of Hydrogen Cars as a solution to global warming.

At present, the most common methods of creating hydrogen require electricity, much of which is currently generated using fossil fuels. However, developers aim to create a green infrastructure for generating hydrogen using renewable methods like wind, solar and tidal.

There will not be a popular uptake of Hydrogen Cars until there are enough hydrogen fuel stations, to allow motorists to travel up and down the country, confident that they will be able to refuel. The UK’s first public hydrogen vehicle refuelling station was constructed in Swindon on the M4 motorway.